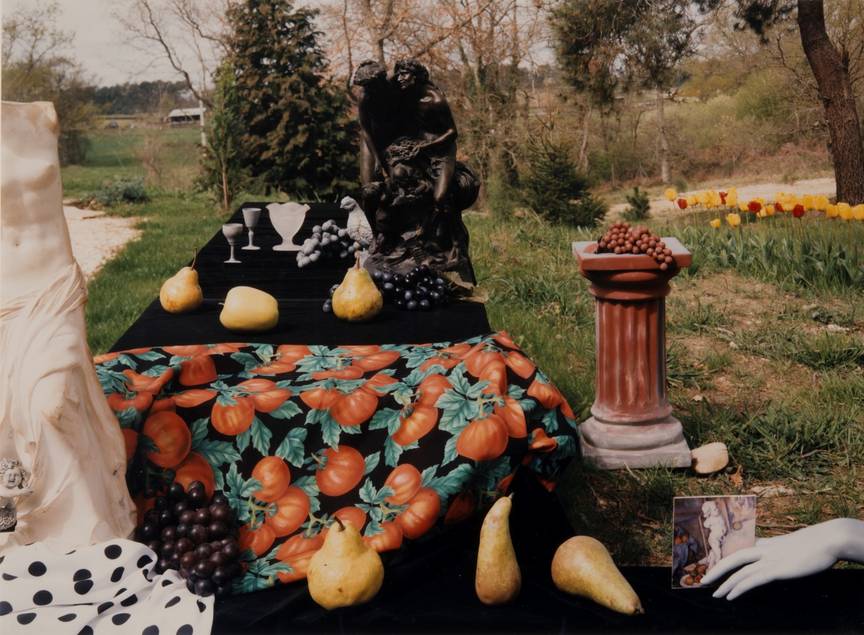 After being presented at the Musée Musée de l'Elysée, Jan Groover: Laboratory of Forms will be displayed at MAMbo in Bologna from October 14, 2021, to January 2, 2022, on the occasion of Foto/Industria Biennale. Opening October 13, 2021.

This exhibition looks back for the first time over the life’s work of Jan Groover (1943-2012), the American photographer whose personal collection was added to the Musée de l’Elysée’s collections in 2017. Based on a selection of archives from her personal collections, the exhibition will evoke not only the artist’s years in New York but also her years in France – a less known part of her career. The exhibition displays the results of the considerable research into the collection conducted by the museum – from the perspective both of conservation (in-depth analyses of processes and photographic materials, restoration processes) as well as historical documentation (contextualising the work and its critical and institutional reception).

“Formalism is everything.” Taking Jan Groover’s statement as a guiding principle, the exhibition highlights the eminently plastic design pursued by the photographer throughout her career. Conducted in a spirit of endless experimentation, this research and the creative process it involves are emphasised not only by the presentation of early tests and experiments but also by the inclusion of documents, notes and preparatory notebooks.

In the early 1970s, abandoning her earlier vocation as a painter, Jan Groover began to attract attention with her photographic polyptychs constructed around the motifs of the road, cars and the urban environment. As the early stages of her formal and aesthetic explorations, they offer an opportunity to re-examine the reflections initiated at the time by the conceptual trend (especially with regard to notions of seriality and sequence). By 1978, Jan Groover had radically changed subject, turning to still life. She embarked on pictures that were to form the main body of her work and thanks to which she remains to this day one of the eminent figures of the genre in contemporary history of the medium.

Mostly created in her studio, her compositions use a variety of processes. In the 1980s, they actively contributed to the recognition of colour photography. Despite the indisputable pre-eminence of her photographs of objects, Jan Groover’s work is also studded with landscapes, bodies and portraits, often in monochrome. She developed a keen interest in the technique of platinum and palladium, which she studied in greater depth when she arrived in France, with several series in a very specific elongated format (banquet camera) concluding the exhibition.